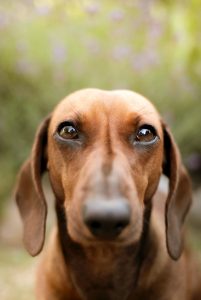 Well, Ellen did real well for about forty minutes. She was being very calm, careful not to lose her temper. And then the father came in, took one look at Ellen, and knew right away what was going on. He said, “I’ve lived in this neighborhood for many years. That dog has got a hundred and twenty barks in him, and until he gets to the last one, nothing you can do is going to stop him.”

And, of course, Ellen thought, Good advice. Let the dog finish the barking. 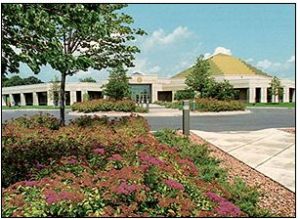 The next day, she was at the Temple of ECK, offering her services as a volunteer tour guide. This was around the time the Temple of ECK had first opened, and there were still some people in the town where the Temple is who were upset. Things were not the way they used to be, and people had heard all kinds of stories about some groups without realizing that Eckankar was not one of those groups.

So Ellen was at the Temple, serving as a tour guide. One of the people who came in was a woman who was very upset. She started to rant and rave and dumped everything that was boiling inside of her on Ellen. Every bit of anger came out.

The two of them then went on a tour of the Temple. As Ellen said, “Just us two. Two children of God.” By the end of the tour, they felt comfortable enough to give each other a hug.

Ellen says that ever since this experience, she has always remembered this technique, which is basically listening to another person without any opinions about You’re right or You’re wrong. None of that. Just accepting the person and listening to what that individual has to say. And when it’s all out, the show is over.

—Second Photo, The Temple of ECK in Summer postcard

—Excerpted from Spiritual Lessons from Living, by Harold Klemp

Has an animal ever mirrored an important spiritual lesson or principle for you?