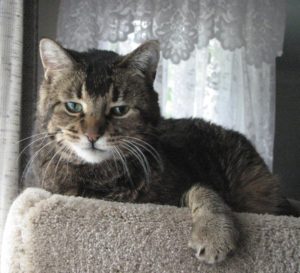 Sri Harold Klemp told the following story in a seminar talk. It’s about a writer who was being pressured by the boss at his day job to finish an assignment. While his boss droned on, the writer began to daydream about a new play he wanted to create.

The story picks up below after the writer has begun a futile search in rush-hour traffic to complete his work assignment and buy some color dyes. And his wife has called to ask him to pick up groceries. Little did he know how much help he was going to get with his play.

Up ahead he [the writer] noticed a grubby-looking little art store, the kind of place he normally wouldn’t bother to patronize. An empty parking space was right in front, and suddenly he got the feeling that the ECK was steering him to it. He quickly pulled over to the curb, parked his car, and went inside.

“We have just what you’re looking for,” the clerk said, “and we carry it in forty different colors.” Delighted to find that they came in handy little bottles, the ECKist took one each of all forty colors. He was so relieved to find what he wanted that he bought a whole bunch of other supplies too and left the store with an armload of packages.

. . . The rush-hour traffic had cleared by then, and it didn’t take him long to find a familiar street. He felt pretty satisfied with himself as he headed for home. . . .

It was dark and raining pretty hard as he pulled up in front of his house. There were more than enough packages for two trips, but he decided to save time by carrying everything in at once. With various paper bags full of dyes, art supplies, and groceries clutched precariously in both arms and hands, he started up the front walk.

About halfway to the house, he lost his grip on one of the bags. He heard a strange tinkling sound as it landed on the cement. “Oh, no,” he groaned. “I must have broken the bottles of dye.” He carefully set the other packages down and reached into the fallen bag to assess the damage.

The Dog , the Cats, and the Kids

Just as he pulled his hand from the bag, his dog came dashing down the walk to greet him and sniff at the groceries. He scooted the dog away, dismayed to see that his hand was darkened with dye. Worse yet, some of it had managed to drip onto his coat, shirt, and trousers. But no time to worry about that now—he had to take the groceries inside before they got soaked.

“Daddy!” his two little girls yelled gleefully as he walked in the door. Before he could stop them, they ran up and gave him a big hug. But something didn’t feel right. Backing away, they noticed some sticky blue stuff on their hands. The younger one immediately reached out to make a hand print on the white wall. “Daddy, look how pretty!” she said. At the same time, the other girl developed an itch on her scalp, which of course she scratched.

He quickly unburdened himself of the bags, groaning some more as he saw the puddle that had formed in the middle of the floor from the dripping dye. Just then his three hungry cats scurried into the room on the way to their food dishes. One cat ran right through the puddle, paused to examine its moist paw, and began to lick it. He sat down briefly in the dye, then ran over and jumped on the couch.

The man was beside himself. Speechless, he turned away from the mess and stared out the window, only to find that the dye had left a trail of drops up the front steps, which he had tracked into the house. Things couldn’t possibly get any worse.

In walked his mother-in-law. She had just come up from the basement with a basket of clean laundry, unaware that anything was wrong. Can you guess where she plunked it down? . . .

He tore open the soggy bag and began going through the bottles in an attempt to get rid of the broken ones. To his surprise, the only one that was cracked was the blue dye. He looked around the room in disbelief, but sure enough, the kids, the cats, and all the stains and streaks were blue.

And then, to use his words, “out of the blue” came the idea for a . . . play. The elusive thread that had escaped him earlier began to form into a full-blown sketch. . . .

He didn’t comment on his wife’s reaction when she got home, but he did say the kids needed haircuts, the cats now had blue tongues, and the dog got into the groceries. 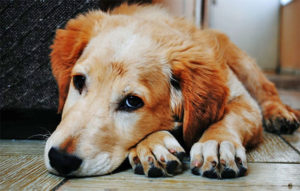 The moral of this story is: If you ask to be opened to the creative flow, one way or another it’s going to come through, so it is best to be prepared for everything that comes with it.

Have animal and human family members come together to “help” you solve a problem or take a next step spiritually?