A Little, Mighty Fish and a Sacred Song to God 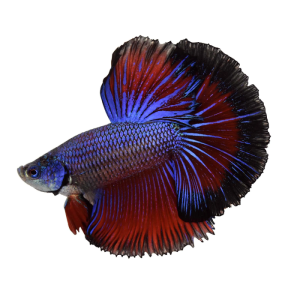 Everyone who knows me knows I loved my pet fish Rey. I bought him filtered water and made sure he had exposure to sunlight. I even brought him with me in the car when I went to Cape Cod and drove to western Massachusetts for long weekends. Friends joked that of course this would happen when you give a social worker a fish.

One week, I noticed Rey had a cloud over his eye which appeared to be bulging. I called the pet store. They said this was a fungus and told me which medicine to buy. I made sure to give Rey the correct amount.

It did not help. Rey began to have seizures and then unconscious moments. He stopped eating. It was painful to watch him struggle. I sang HU, a sacred love song to God, and called for assistance for this Soul from Prajapati, the ECK Master who helps animals.

Rey was drawn to the HU. I played the HU on my phone for twenty minutes every night while I fell asleep and for twenty minutes in the morning while I got dressed and did my makeup. Rey’s fishbowl was on my dresser, so he was always hearing the HU. When I sang it to him, he would pause from swimming and look at me.

Rey Leaves with the HU

One night I woke up and heard the HU quite loudly. I thought it was odd because the recording should have ended hours ago. I fell back asleep.

When I woke in the morning, I discovered Rey had passed. I was devastated to lose my little companion but knew he was relieved of physical pain.

It is amazing that such a little creature can have such a big impact. When I called my dad, he said he had just done a crossword puzzle. One of the clues was “Spanish word for king,” and the answer is rey. My dad said he was about to call me because it had made him think of my pet.

Rey touched my life by teaching me about love and letting go. This is what love is—doing your best to care for someone while also giving them spiritual freedom to live out their journey.