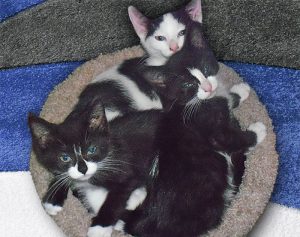 I’m a semiretired senior who started volunteering to socialize cats at a local animal shelter. It changed my life. My daughter and I had been dealing with her diagnosis of breast cancer, and I soon realized that playing with kittens helped relieve my stress. While petting the kitties and interacting with the lovely people who worked at the shelter, I felt the flow of Divine Spirit. Giving service kept my heart open so I could be supportive of my daughter.

A few years later, after my daughter recovered, I found another way to volunteer. I became involved with a rescue group that specializes in cats. The leader of this group asked me to assist with a woman I’ll call Jane, who had more kittens than she could care for responsibly. The group wanted the mother cats spayed and their litters placed in good homes. But Jane had refused to give up any of her cats. The rescue group needed to have a volunteer (me) contact Jane. They hoped I might ease her anxiety and encourage her to release the cats into the group’s care. 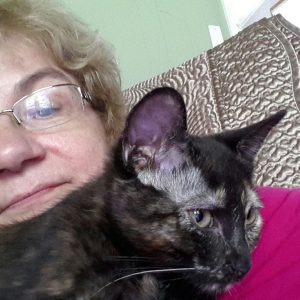 When I first visited Jane, she was suspicious and feared I’d take away her cats. In the past I might have been judgmental about this woman’s lifestyle. Neglected cats roamed throughout her home. But I decided, instead of being critical, to keep my focus on the goal: I was there to give service to the cats and Jane. Not to have opinions.

After a while, Jane relaxed and accepted my help. She eventually confided that her human children had been taken from her. She collected cats in an effort to never again endure the pain of losing someone she loved. I was glad I’d only given service and not judgment.

With Jane’s consent, the rescue group placed her cats in good homes. Since the mother cats wouldn’t have any more litters after being spayed, Jane was able to keep them.

Volunteering was teaching me the value of being nonjudgmental when giving service. Soon, I moved on to my next adventures in cat care.