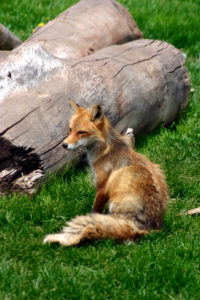 While driving on a rural road, near the town in Norway where I lived at the time, I decided to pass a white car. Ignoring a nudge not to do this, I immediately regretted making the wrong choice.

Just as I moved around the white car, two red foxes ran in front of me and blocked the road. I swerved to miss them. One of the foxes escaped into the woods. I couldn’t brake fast enough and hit the other fox.

This tragic accident and the thought of having killed an innocent animal deeply saddened me. With a heavy heart, I carefully tended to the fox’s body and disposed of it according to the laws of my country.

I sang HU, a holy name for God that helps me find peace, and said inwardly to the Mahanta, “I cannot undo the accident, but please let me help this fox over to the other side, to heaven.”

For years, I had been practicing the spiritual exercises taught in Eckankar and often had out-of-body experiences that allowed me, as Soul, to explore the heavenly worlds. I started to sing HU, a love song to God. Immediately I was in heaven, with the fox running by my side. We were in a pink-cloud area where we both seemed to be feeling uplifted and happy. To my relief, he was even licking my hand.

My inner guide, the Mahanta, welcomed us. The fox ran to him. The Mahanta lifted the animal into his arms in a warm embrace. Instantly I was back in my body at the scene of the accident.

Some years later, I moved to Bergen, a city on the west coast of Norway near a fjord. I rented a house on a farm. Shortly after I arrived, so did Hektor, a wonderful golden-retriever puppy who became my new neighbor.

I would watch my neighbor and the dog pass by my house. When Hektor met me for the first time, he came over without hesitation and licked my hand. I petted his head as a greeting. I touched his neck and noticed that he winced and pulled away, as if in pain.

An image of the red fox I’d hit years ago flashed into my mind. Could the golden retriever be the red fox returned in a new body? I needed more information to answer my question.

Then my neighbor’s son said, “Hektor is strange. It is as if he has never been a dog before. He acts like a wild animal of some kind. Not domesticated.”

This was very strange. Golden retrievers are a breed known for gentleness. They are often trained to be service dogs and family pets. But according to my neighbor, Hektor acted aggressively, always wanting to defend his territory. 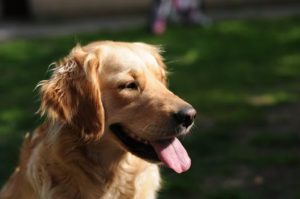 First Life in a New Body

Over the months I lived on this farm, Hektor’s neck pain healed. I petted and played with him often. We became friends as he grew more accustomed to living among humans. He made progress from being wild in his past life to a domestic animal in his present incarnation. I enjoyed watching the neighbors toss a ball or a stick for the endless game of retrieving that this breed loves to play.

On Sundays and holidays, many people passed the farm. They parked their cars and walked along the road where we lived. Unfortunately Hektor still had issues around meeting strangers; he seemed to view them as invaders.

Five years later, after I’d moved away from the farmhouse, I met my old neighbors. They told me Hektor had defended his territory too ferociously. I realized that in what might have been his first lifetime living in close proximity with humans, he still showed a lot of feral behavior. His instinctual reactions to humans must have resurfaced.

Love Is the Greatest Spiritual Law

To this day, I feel grateful for the wonderful spiritual lessons in this experience. I learned that, just as we do, animals live on as Soul and reincarnate to settle karma. The red fox, who became Hektor the dog, helped me see love in action.